skip to main | skip to sidebar


BY GAURAV MONGA AND JUSTIN ISIS

1. Men’s fashion has always congratulated itself for its unoriginality, and to read most descriptions of it is to gag on supposed superlatives that stick in one’s mouth like stones: sober, somber, serious, dependable, durable. These are qualities we would prize in an undertaker, but not in the kind of man we would like to install in any capacity of our everyday lives, much less value for his appearance. We, the Neo-Decadents, with no certainty of the future and no attachment to the world as it stands, naturally have little sympathy for the garments with which the industrial world of the past few centuries has expected us to conceal ourselves. The lauded tailors of the past: over-rewarded pruners of cobwebs.

2. All business attire is abrogate, null and void, historical effluvia. We would define ourselves as gentlemen except that, subsisting in leisure, there is little about us to warrant the term. Gentility in the modern sense belongs to the professionals, those virtuous beasts of burden: leisure is cultivated savagery. Autocratic predators of sensation, our clothing must be more pitilessly stylized than the world has until now allowed, in the manner of handsome wasps lazily hovering, venomous, variegated.

3. The exaggerated reverence for ‘reputable’ designers and ‘high end’ brands must first be adulterated like cheap wine, then pissed away as easily. The fashion weeks of Tokyo, London, Paris and New York have come to embody all the silly solemnity of church services. Luxury brand outlets—shrines to insipidly ‘tasteful’ merchandise, presided over by sales assistants as nauseating as any effete cleric—should be profaned and robbed whenever possible. Stolen items should be treated carelessly and altered, or simply given to children to do with as they please.

4. We renounce all passéist productions of fast fashion brands, which merely jacket and sleeve men as if laminating them in hasty terror. Our musical subcultures with their sew-on patches and badges betray an ardent and seemly hunger for heraldry, and in response we will reinstate emblems, crests and coats-of-arms. These will refer to our own moods and ambitions rather than the mere continuity of our blood: sigil-suits, external records of visions. This will demand a new blazon language:

5. We welcome all synthetic fabrics and up-to-date elements of electronic couture: the concept of “quality” materials is an unlovely anachronism. We prize daring and originality over laborious production, and we disdain overpriced and exploitative rubbish, false scarcity and inflated prestige. Both the dismal and outdated costumes of tailors and the valueless stunt concoctions of runway-focused designers are to be replaced with recombinant and modular garments distributed in a decentralized fashion. As the mundane and regular pose death to innovation, the Neo-Decadent Man should inspire in others clothes that smack of the extreme: polar ends, furry frontier hoods, clothes that not so much announce a mission to obscure destinations or outer spheres but carry us to the ends of the Earth.

6. Mills will soon shut down, mills that once produced superfluous denim in outpost remains of erstwhile empires. There will be no looms, no weavers singing songs while stitching intricate embroidery on outmoded shawls; nor will anyone lament the demise of the mills, the looms or the weavers. We will celebrate clothes constituted so differently that an entirely alien and novel function of attire will emerge: clothing of the spirit, and the spirit will not sympathize with the weakness of a bygone era. There will be nothing that smacks of Nature in these clothes—except to the extent that Nature has always secretly desired plastics, nylons and printable electronics, and the mineral kingdom has always relied on us to keep it current. We must do our best to furnish the chemical elements with fresh configurations for our coordinated outfits.

7. AR clothing will extend an outfit’s dimensions to the surrounding environment, eliminating the distinction between public and personal space; we will soon wear clothes that possess color and volume but are essentially fabricless, bearing no cloth. A group of Neo-Decadent Men will produce their own atmosphere, becoming literal advertisements for themselves, the patterns of their robes spreading to nearby information surfaces, their moods visible. The Neo-Decadent Man’s shadow will be treated as another accessory, a portal to his past displaying media extensions, personal profiles, recent thoughts and improvised images.

8. The Neo-Decadent Man will finally free himself from the dull, dreary, and melancholic. He will cease to read novels situated in tiny Nordic pastoral landscapes and will dress boldly, without any fear. He will cease to wear cardigans or any other depressing garment associated with grey days and nostalgia for childhood. The material of his clothes will be unlike any corduroy or similar material that gathers dust, fabric that refuses to remember; instead, it will equip him with vestments that show that he has overcome the failures and impediments of his past.

9. We have nothing but contempt for the quaint revivalist who favors the fancy dress of the 18th or 19th century, including all spiritual descendants of that syphilitic dullard Beau Brummell. Similarly, we have no concern with masculinity defined as the mere absence of conventionally feminine traits—neither in the regressive sense of affirming it, nor in the naively reactionary sense of protesting it. Rather than macerate male style in a welter of agonized self-contradiction, we prize stylistic experiments incorporating the expansion of its true sentiments and tendencies: the priest-astronaut’s tenderness, the barking accountant’s ferocity, the chemist-poet’s hyena-like persistence.

10. The Neo-Decadent Man, not wanting his fashion to be thought of as inferior in audacity to that of his female counterpart, should be swift and bold in making sharp sartorial decisions, and at the same time not run the risk of presenting himself as a dandified clothes fetishist. He should strip himself of dirty denims and replace them with fabric that falls. Most importantly, he should be wary of stultifying trends and should not hesitate to clothe himself in heroic acts, even if in dull, domestic settings. A heavy regal crown-like turban bedecked with jewels, a large silver bracelet and a small dagger hidden beneath his shirt should be encouraged, even whilst taking a jaunt about town.

11. Historically, the military has driven much men’s fashion. Intimately familiar with various campaigns of seduction, performance, and urban exploration—not to mention the creative ridicule and destruction of our enemies—we wish to transpose the elements of persuasion, infiltration and improvisation to our clothing, given that even our leisure has its strategic component. All preening, guilty and ruminative clothes must be cast off, so that our mere presence may preemptively decimate the dead edifices of academic guilds and fast fashion sweatshops.

12. As he navigates crowded urban centers, the Neo-Decadent Man should at all times be aware of his entire appearance—all constituent parts of his total ensemble—for at no point should he be compromised if a fellow passer-by makes reference to even a minor trinket he might have forgotten he had put on. His clothing should be light, in terms of both weight and color. The traditional top-bottom two-piece ensemble should be replaced with a long flowing one piece garment accentuated by accessories adorning the body’s edges: hats and turbans, rings, bracelets and talismans on the edges of the hands. The feet may rest or slip into a slim, almost invisible pair of thin shoes to keep him perpetually alert.

14. Hygiene is essential. The Neo-Decadent Man will not repeat his clothes; in fact, disposing of them after a day’s use is ideal. His body will be clean, his nails clipped and he will not smell.

15. Walking through aisles of cheaply produced acrylic garments that lack all levity and bear no resonance with or relationship to the man wearing them, the Neo-Decadent Man will have to garner his own sense of style by conferring meaning to his collar, the fall of his pants or the motif on a cassock; his clothes will signify his psychic profile without conveying any arbitrary message. The working man will not dare arrive for a meeting in his white shirt and grey trousers coupled with a laptop bag. Men will have to appear striking, each in his own way, enhancing his physiognomy, but at no possible cost will two men appear remotely similar, in the manner of rancidly competent professionals arriving at a conference: all will appear distinct, as if comfortable in their own shell, their own cloth, and will conduct themselves accordingly.

16. The office will be altered not just by removing heavy oak furniture and oppressive carpeting, but by a workers’ movement—composed largely of working men—to break down all rules of vestimentary grammar. Women will not find it out of place to return to their luscious long hair of early youth; they will expose their midriffs in fractal pattern saris made of newly devised enduring fibre, whereas men will appear at the workplace in pale tunics, saffron kurtas, red kaftans and phirans. As a result, the office will no longer be defined by the garb of its own failure.

17. The notion of any age being beyond parody is itself ripe for parody. For fashion, parody functions as a disinfectant, and if employed properly, it produces novel beauty through defamiliarization. Neo-Decadence, when considered by passéists and the ill-informed, might sound like a contradiction: how can there be new decay, fresh declines? This becomes clearer when it is realized that our clothes embody the decadence not just of the storied past or insistent present, but of various parallel paths in time. At the crossroads, where the accelerated Empire meets the ruins of remote antiquity, we are setting up looms, studios, 3D printers, molecular assemblers; the peasant threading a bone needle works alongside the sartorial artist-scientist of the future who knits discardable masterpieces from the raw materials of space. As the future declines into the present, Neo-Decadence is born, and the Neo-Decadent Man stands askance, clad in thrift shop items from sideways in time: a wardrobe of resurrected trends and impossible hybrids; the clothes of canceled histories.

18. A typical strategy: recuperation of speculative subcultures. The 1960s Tiki-Mod craze of Outer Mongolia, though unknown to our universe, provides us with the imaginative materials needed to extract garments from Ulaanbaatar death boys with rum mugs, volcano gloves and synthetic suede boots. Now rotate this trend through the Prussian military culture of the 1870s and a new crispness will emerge: the desperate revelry of imminent death, presided over by dapper, drunken tribal gods of the steppe. We can envision a Europe depopulated by the Black Death not in the Middle Ages, but in the 1970s; the tide of Islamic invaders would raid empty discotheques for sequined jumpsuits and flares. As the clothes produced become further estranged from their originating conceits, fashion will be cleansed, and real style will make itself known.

19. The Neo-Decadent Man will draw little inspiration from those ultimate passéists, plants and animals. How pitiful are the birds, who have never thought to invent plastic surgery. Parrots chatter like businessmen, secure in their naive vulgarity, while swans wander the grass like drunken louts, and egrets congregate colorlessly like Uniqlo customers. The same spirit that would rehabilitate the facial contours of a dove is the spirit we will prize in our Neo-Decadent aesthetic consultants.

20. Each man should dress like the unsuspected household god of an imaginary building. 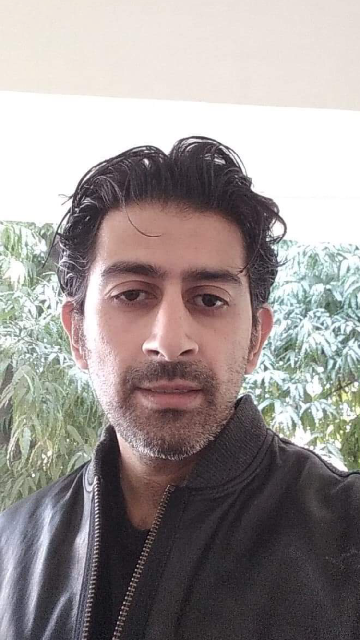 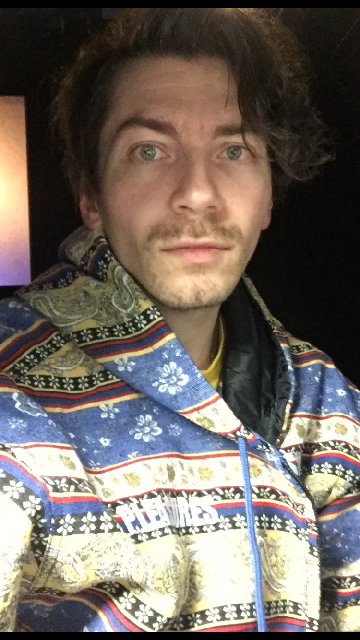